Get fresh music recommendations delivered to your inbox every Friday.
We've updated our Terms of Use. You can review the changes here.

Dancing In The Headlights - 7" Vinyl 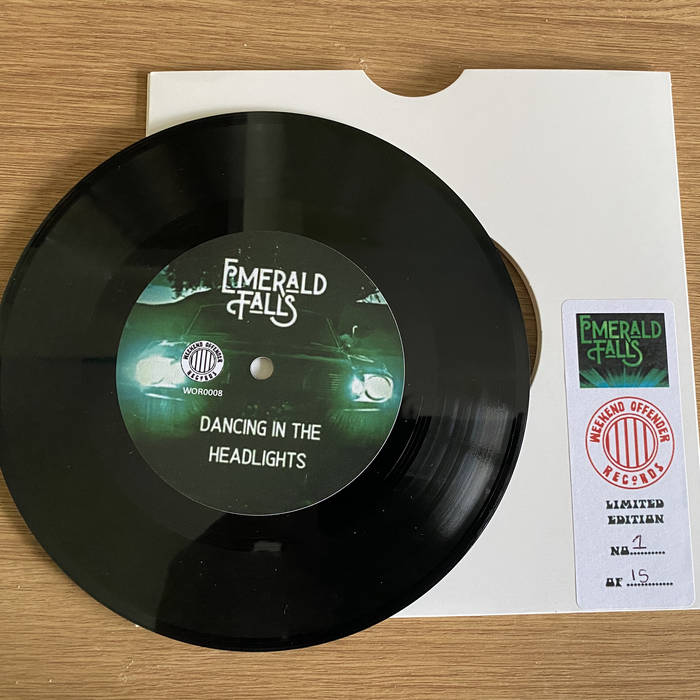 Emerald Falls are a four piece country rock band from Portsmouth, UK. supplying a feel good country rock that you can party hard to and/ or just sit back, chill out, listen and enjoy. Influenced by the likes of Kenny Chesney, Luke Combs, Zac Brown Band and John Mayer - we are ready to bring you the summer vibes we all deserve! This one year old band has achieved so much. From releasing out Debut EP, racking in over 15,000 streams on Spotify, Countless amazing gigs making their debut vinyl release after winning a "battle of the bands competition hosted by Weekend Offender Records

All tracks written by Emerald Falls